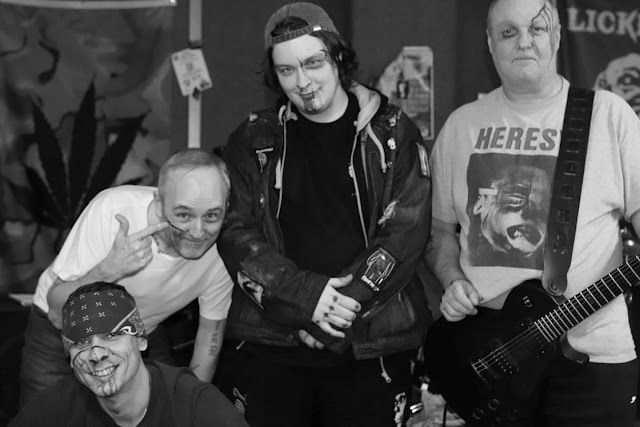 Eye Licker  play a fast, catchy style of hardcore punk with elements of hardcore and metal that demands your attention.

By their own admission of being a lazy band their first recordings did not appear until 2009 and another set of recordings "Owt Fer Nowt" in 2012.
They followed that up with a split release with Utah Death/Thrash metal band Deathead in 2013 followed by their first full length "Cursed Earth Wasteland" released in 2014,
Another split release with Evil Eye came in 2015 which saw some consistency but was not to last.
It was a full 3 years before their next release "Once More Into The Rabbit Hole" which was released via Back From the Dead Records in june 2018.

In December 2019, Paul left Eye Licker after being with the band for 12 years for family and work reasons, Rob moved on to Vocals and Sty came in full time to take up bass duties.
Amidst all the chaos of a pandemic the lads went into the studio in September 2020 to record Another Dose of Madness which was finally released on May 1st and released through Lickerish Records